Happy New Year!
Alexander Marchant will be hosting fun and informative events in 2023.

Please inquire about the schedule of events in January, February and March.


We are pleased to announce the opening of our Oklahoma City showroom… grand opening soon!

“The historic Badu House has experienced several transformations over the past century since its design by Larramour and Watson in 1891.  It has been The First National Bank of Llano, a home, a restaurant, a bed and breakfast, and now, a cultural hub for music, food, drinks, cigars, and the bold Texan spirit.” – Badu 1891 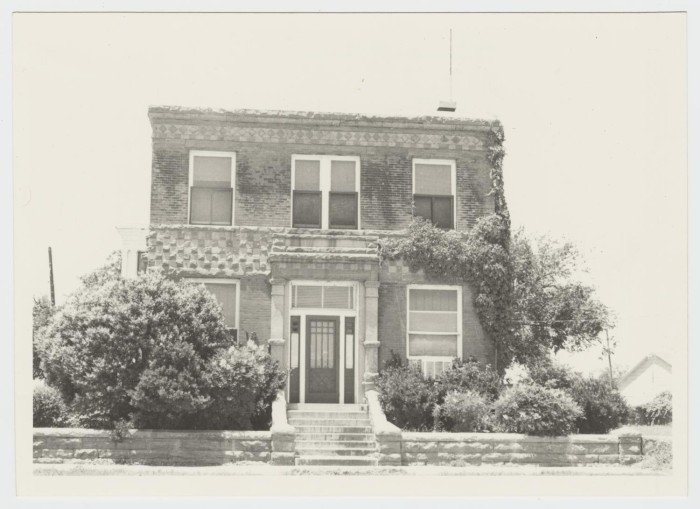 In 2018, new owners Vicki Roberts and Jeff Nash reached out to Alexander Marchant for help in restoring the original door hardware. Our Senior Project Manager, Chrissie Berkley, was able to research the identifying markings on the trim, and determined that is was the Madras Collection originally manufactured in 1894 by Yale and Towne.

From that information, Vicki was able to source some additional Madras Antique Hardware in order to outfit newly added doors. This hardware was refurbished along with the original Badu pieces. Functionality was returned to the broken latches and locks, as well as restoring the patina in order to provide a consistent period appearance. 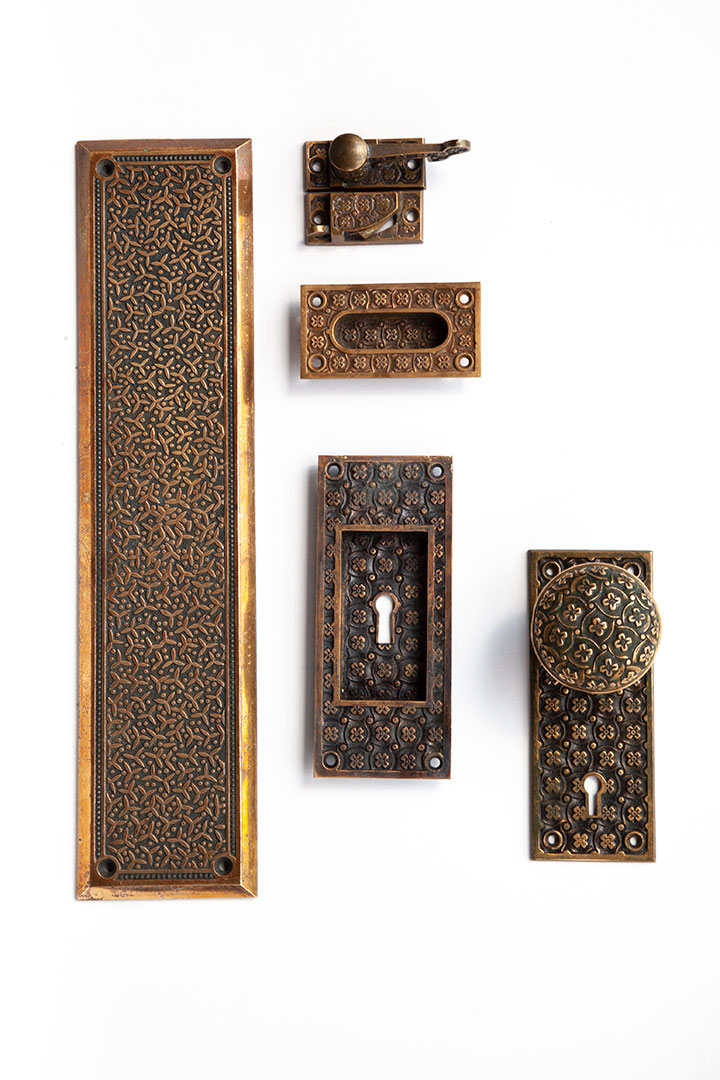 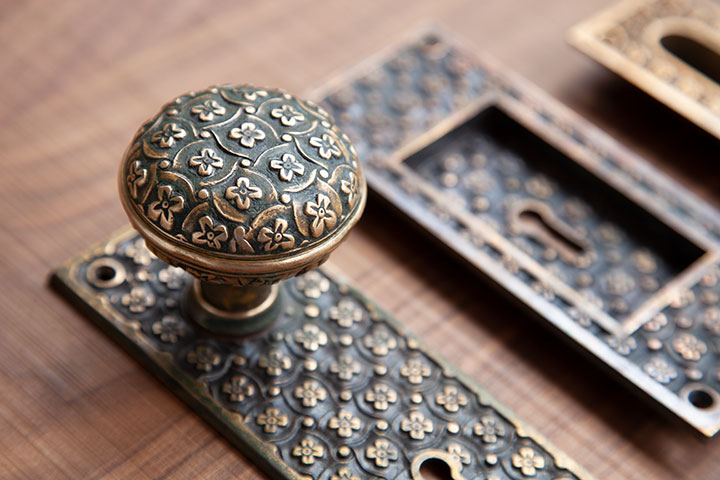 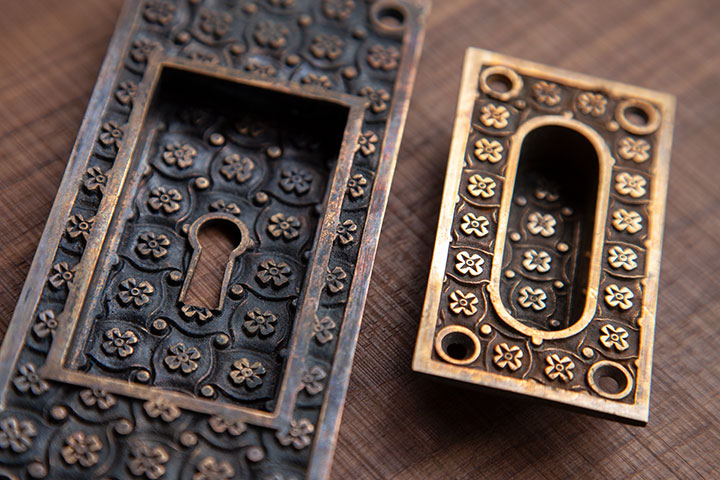